In the early 1800s, the area that became Skokie was a land of swamps and forests, a place where buffalo, wildcat, fox, and deer were plentiful. From those early beginnings rose the Village of Skokie that today is a culturally diverse and economically progressive community.

Skokie's history is rich with influences of the American Indian, French and British explorers, and the emigration of European settlers.

The Village's rich cultural heritage continues to grow as members of many ethnic and cultural backgrounds choose to call Skokie home. Each year, in May, the Skokie Festival of Cultures celebrates the heritage of the residents of Skokie. Flags from participating Festival of Culture's members are on display throughout the year at the Skokie Northshore Sculpture Park.

Skokie's population approximately 63,679 people continues to embrace the past and enjoy their vibrant community of today while still envisioning a dynamic future for the community. 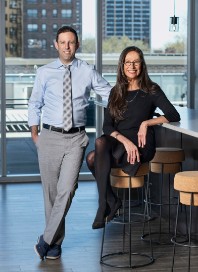