Just north of the Loop, the River North neighborhood offers ample dining opportunities plus great access to the city's center and Chicago River. Once an old manufacturing and warehouse district, River North is home to Merchandise Mart - the world's largest commercial building - and now has the largest concentration of art galleries outside Manhattan.

River North is one of the fastest growing communities in the Midwest and its thriving economy is self-evident. The area is a haven for hotels, convenient transportation and great shopping. Business continue to move in and the high rises being built bring more people into the residential side of the neighborhood.

"River North is aptly named; it lies north of the Loop, west of famed Michigan Avenue and south of Chicago Avenue, with the Chicago River as its boundary on the south and the west."
Source: Chicagotraveler.com

"Subsections of River North include the gallery district, primarily along Superior and Huron streets between Wells and Orleans; a restaurant Mecca with many tourist-oriented restaurants sprinkled through-out River North; 'the Cathedral District', an area surrounding Holy Name Cathedral (Catholic) and St. James Cathedral (Episcopal), located near State and Superior, and Huron and Wabash, respectively; a design district, with shops and showrooms selling commercial and luxury interior furnishings, in the blocks north of the Merchandise Mart; and Kingsbury Park, an area of newly built residential high-rises surrounding Erie Park, at Erie Street and the Chicago River."
Source: rivernorthassociation.com

"River North has completely transformed from this simple beginning. It is now a chic, cultural hub filled with art galleries, antique stores, boutiques and of course urban professionals. Boasting Chicago's highest concentration of restaurants, this small neighborhood has become a favorite destination for locals and tourists alike."
Source: ChicagoTraveler.com 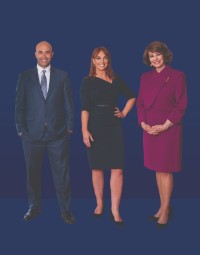